…despite the early intervention and proactive steps we were taking and continued to take, the trauma Jason had experienced was posing serious social, emotional, educational, and physical challenges for him…

During his pre-school years, we brought him to endless medical appointments to monitor his bowel disease, met with physicians to learn more about his birth defects, and set up therapy sessions to address emerging emotional and self-regulatory issues. We also set up early intervention for learning delays and speech, hearing, and vision problems.

Upon entering the school system, it became apparent that despite the early intervention and proactive steps we were taking and continued to take, the trauma Jason had experienced was posing serious social, emotional, educational, and physical challenges for him – challenges that the school system, and we, were unequipped and unsure of how to handle in the best way.

Jason’s inattentiveness (later diagnosed as ADD) and physical limitations were perceived by his fellow classmates as unusual and unsettling and he was bullied constantly because of this. His distrust of authority-figures, hyper-vigilance, and dishonesty which he used (we began to learn) as tools to protect himself against further abuse, were misunderstood by his teachers and others as disobedient and out-of-control behavior. Punishments that were used by teachers and other educators in an attempt to control these off-putting behaviors such as time-outs, trips to the principal’s office, detentions, and suspensions were internalized and experienced as further abuse by Jason.

He regularly expressed remorse about his behavior but at the same time was as bewildered by it as we were. How could he be such a warm, loving, and helpful person – making his younger cousins milkshakes and teaching them how to swim, bike, and rollerblade – and yet be so dishonest, disrespectful, and aggressive at times as well?

At the age of 9, Jason was put on an anti-depressant medication to try to slow and revert a serious downward spiral he had started on. It was 1994 and the medical community (and we) had not yet learned that the medication Jason was put on can result in suicide idealization in young children. A neuropysch evaluation he had at the time noted “Jason, though not overtly suicidal has bouts of severe decompensation and anger as a result of his early trauma, has been and is in danger of continuing to participate in dangerous activities as he flirts with the idea of ending his pain.”

While on the medication, Jason began exhibiting disturbing side effects including flashbacks to the abuse he had experienced which he recorded in drawings of violent scenes of an adult attacking a child and verbalized through storytelling. The flashbacks also caused him to feel as though he had to become capable of protecting himself against further abuse, so he began a brutal exercise program – doing chin ups until his hands had deep weeping sores.

Desperately wanting to give Jason the support and help he needed, we enrolled Jason in a special camp program for children with emotional and behavioral issues. It is a camp he had been to before that had previously been helpful in helping him process his emotions and the way they linked to his behaviors. However, after Jason began speaking of an imaginary friend named “Michael” who wanted to hurt himself, the camp counselors and we realized he needed more help than they could offer.

He was hospitalized that year.

<< Back: Meeting Jason | Next: Getting the Right Support >> 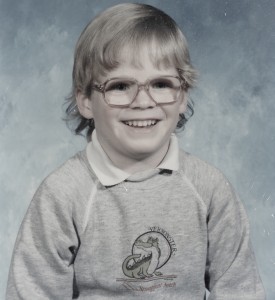